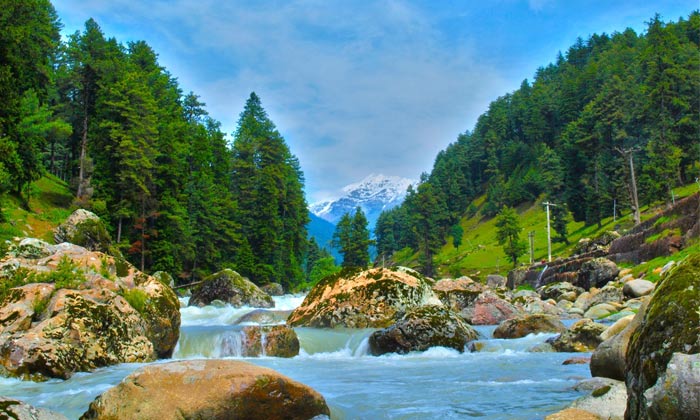 Magic, thrills and adventure, yes. But for the budget-conscious globe-trotter, whatís equally important is that these are places where your dollars will stretch a long, long way. As a travel writer, Iím lucky enough to have experienced all 10ñbut Iíd love to revisit every single one as a vacationer.

Vietnam packs a lot into its borders. Highlights include misty Halong Bay with its fairytale seascapes of limestone outcrops and islands; the Mekong delta with its floating markets; the old Vietcong tunnels at Cu-Chi near Saigonñnow officially known as Ho Chi Minh City. (Donít worry about getting stuck: one tunnel has been specially widened for westerners.) Backpacker beds are exceptionally cheap, but decent hotels often cost less than $40. A filling bowl of pho bo beef noodle soup or six seafood spring rolls is less than a dollar. In local hangouts, Saigon Export beer costs 40 cents a bottle.

For the ultimate traffic tale to tell the folks back home, head for Hanoiís old quarter. Any attempt to cross the road turns into a heart-racing adventure. Not only are you contending with psycho-cyclos (rickshaw bicycles), there are thousands of motorbikes and scooters whose riders regard a red traffic signal as a suggestion rather than an instruction. Best place to experience the utter chaos is from within a cyclo rickshaw.

The southernmost of the Baltic States, visitors usually couple Lithuania together with Latvia and Estonia. However, you can easily spend a week in Lithuania alone. Quirky cities like Vilnius and Kaunas are steeped in art, music and historical curiositiesÖmushroom-scented woods and farmers riding on haycartsÖmysterious sites steeped in pagan traditionsÖthe windswept sands of the Curonian Spit where you can beach-comb for amber.

Mid-June would be a great time to go. A national holiday in Lithuania, the old pagan festival of Rasos marks the summer solstice. Itís an all-night affair with singing, dancing, bonfire-leaping, hunting for ìmagicî ferns, and floating garlands down rivers. Despite some serious alcoholic partying, most people manage to stay awake to greet the sunrise. As for prices, how about $2.54 for three potato pancakes with smoked salmon and sour cream and $1 for a glass of Svyturnys beer?

From the laid-back colonial city of Granada, you can do a lot in a week in Nicaragua: tackle volcanoesÖtake Spanish lessonsÖvisit Masaya craft market and also the villages where rocking chairs, hammocks, and pottery are madeÖexplore the Selva Negraís cloud forests and coffee plantationsÖchat with expats in the beach surfing town of San Juan del SurÖgo to colonial Leon, where you might get to meet indigenous Indians.

Settling into a rocking chair with a cold Victoria beer is a pleasure that generally costs under $1 and spending more than $7 on a meal is difficult. The Alhambra Hotel on Granadaís main square costs a mere $30 a night.

India is beyond fascinating, beyond anything youíll ever experience elsewhere. The easiest introduction to this teeming country is the seaside state of Goa. Baking below a tropical canopy of banana, coconut and mango trees, this drowsy world of Arabian Sea beaches, backwaters, and spice-laden breezes is stamped with more than a few reminders of Old Portugal. Youíll find sunrise yoga on the beach, full massages for $8, dolphin trips for about $6, and colorful hippie markets.
Including four beers, two people can eat in a beach shack for under $10. And if you want to cut your expenses to the bone, thereís accommodation in simple beach chalets for as little as $8 a night.